It was time, last week, to crank up a long standing appointment I had with Bruno Latour. As my head was turning towards academic research activity, only and already two years ago now, I kept bumping into him. 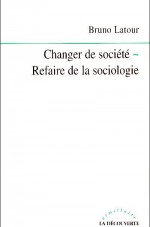 As part of my initial scoping of railway history I found Greet De Block’s (2011) work on the development of the Belgian network in the nineteenth century to be a brilliant parallel and precedent to my own exploration of the London and Birmingham Railway and HS2 to follow. She presented a version of this paper at the Design History Society Networks of Design conference where Latour’s keynote speech (Latour, 2008) explicitly drew attention to the potential capability of the design discipline to address matters of concern.

Paris: Invisible City (Latour, 2006) reminded me of an interactive exhibition I produced to accompany a documentary photographic exhibition where the connections between things, the images and the concepts they engaged with, were presented in a gallery to be explored and played with. Little explanation was provided. The accompanying book, unlike Latour’s written text, delivered its ideas in the same style as the images. An almost lazy collation of texts that circled around the subject rather than directly engaged with it: an essay on post-impressionist painting for example. A descriptive deployment and a quizzical exploration of matters of facts rather than an analytical critique. 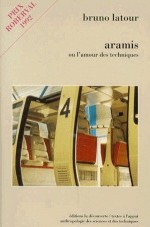 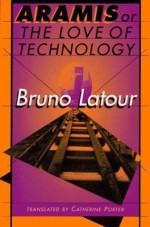 Aramis (Latour, 1996) reminded me of novels like Kathy Acker’s Blood and Guts in High School which employed various typographic conventions to engage different voices. Acker sat next to Burroughs (Ah Pook was there) on my sixth-form bookshelf. They were regularly picked up, thumbed and read through. More to reflect on the graphic and conceptual design than their counter-cultural weight (although to  young fledgling counter-cultural-situationist-performance-artist this did have some appeal) or their post-modern narratives which now (perhaps as a function of time) seem more quaint than revolutionary. Much like Acker’s lead character, Aramis only wanted to be loved.

My most recent practical work has led me to thinking about how the constitution of participants in parliamentary debates can be seen to shift as time passes, as meetings take place and as additional participants are drawn into the debate, physically or referentially. I’m still working on what to make of this process. And on how best to represent it, this collecting together of actors, this formation of groups.

And so to last week and time to pull out my copy of Reassembling the Social (Latour,2005) from the bookcase and get formally introduced. The book seems to have been written in part to defend against criticisms made against ANT within the social sciences. Latour’s robust refutation, or proposition as he describes it, can be like listening to neighbours arguing through the wall. But when the shouting subsides, in the interludes there is calm and humour for example in the dialogue between the confused student and the part irreverent, part diffident Professor:
“Don’t try to be sarcastic, it doesn’t suit the engineer in you…This is terribly confusing, and it’s largely our fault” (p.148…p.142)

Some of the key propositions that he makes, while perhaps a little dated and perhaps a little inflated, have life beyond the specific boundaries of STS and the historical quandaries of the social sciences. If they can be extracted from the sometimes arcane nomenclature and the intra-disciplinary hubris there is still a useful dialogue to be made between the propositions of ANT, design research and the design researcher.

The prevalence of references to Latour and ANT at this years Design Research Society conference confirms that this dialogue is still taking place six years after Prometheus was unleashed at the DHS conference and fifteen years since Latour (1999) claimed to have buried it.

A bit of a postscript, on a related theme connecting ANT and design: the French edition book covers look much more appealing than their English counterparts. 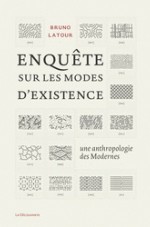 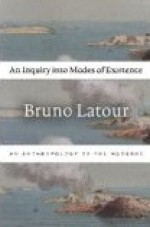